My Passion is Writing — Crystal Evans ( Played by Michelle )

Hair the colour, texture and feel of ruby stone. Skin with the same feel and appearance as metal.

Metal Skin: Her whole body is covered in a substance that has the same feel and appearance as that of metal. Much like metal, she has some disadvantages and advantages to having her whole body covered in the stuff. The one major one being that electricity, whether it comes from the environment, a machine, or from a mutant, can hurt her a great deal. Intense heat can affect her as well, giving her the appearance of being sunburned. Fortunately, her body can stop bullets even from a high powered rifle. She has no control over this condition, meaning she can’t get it off even if she really wanted to.

Shrapnel Shots: Primarily the origin of her Codename, Crystal is capable of expelling from her knuckle smaller blades formed of metal. She can force these ‘shrapnel shot’s' with the same comparative force as those of a rifle. Of course, this can also be used for good, such as using a spike to hold up a picture.

Blade: This is another part of her mutation she doesn't like to use, due to the fact it was obviously a weapon. But much like with Shrapnel shots she has tried to find a more constructive means of using this piece of her powers. Basically, her fingers fuse together, and take shape of a blade, this extends a little, and the elbow also gets a blade, which extends, continuing to do so until everything from her fingers to her elbow is one giant blade.

Fear Spikes: This is said to be her ultimate offence and defence. Offensive, because spikes come out of her legs, belly, chest, forehead, and arms. The length of the spikes generally depends on her fear at the moment. They could be a few inches to about the size of a standard room. The spikes are made out of metal, which keeps her from harm.

Medical: As a result of staying on the streets, she has contracted a form of asthma, meaning her body is vulnerable to pollution. Other medical weaknesses are that she has allergies to certain drugs as well as morphine.

Intense Fear of Electricity: Being that her body is covered in metal, it's understandable she fears electricity and actually jumps when she sees it.

Ticklish: Despite how it may seem, her body is actually susceptible to being tickled, so the masters of this art can easily tickle her to their heart's content.

Crystal, like most future mutants, grew up in a relatively safe environment at home. Her parents loved her a great deal like parents should. She grew to be a kind-hearted girl, with some sweetness to her personality. Like most Toddlers, she was also mischievous and had an interest in climbing. This, of course, tired her parents out a great deal, especially her mother.

As her body grew and developed, it soon began a change of an entirely different sort that wasn't normal, to say the least. She was in the middle of her 8 years of age when her skin began to harden. Crystal hadn't noticed because all she was interested in was playing her games. It was only as the mutation progressed further did they realize what their innocent daughter was. Their next course of action was to kick her out of the home she grew up in. So out of the streets, she went, now at great risk of starvation, and eyes full of tears.

It would be sometime later when she met an angel, thanks to the sun shining which Shaali was blocking she almost looked like one of the pictures of angels she had seen, but she wasn't really an angel. The woman she met was one of the nicest people she had the pleasure of meeting. Despite her skin being made of a material that looked like metal, Shaali was able to pick her up and she saved her. The ten-year-old was fed and clothed, and she was given a room of her very own. But society required some paperwork and eventually, thanks to child services who had come to see Shaali was the right person for the job, Crystal soon had a new last name.

Since then she’s had time in her new home practising with her powers, training so accidents didn’t happen. Two birthdays passed on by until her mother mentioned going on a trip to America, to check out a place. She had felt excited at the prospect of going, but being young, her mother wanted to have her stay behind and wait for her calls. Or, later on, be told if she would be taking a trip or not to America.

So she would spend her time with her new Grandma, who she thought was a nice woman.

Every Little Girl Would Love One 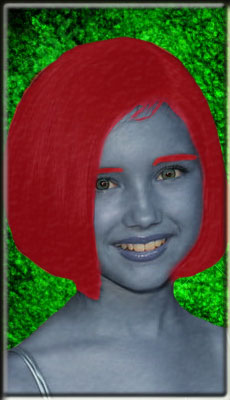 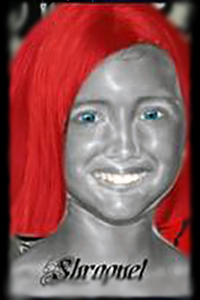