My Passion is Writing — XSFGY — Every Little Girl Would Love One

Every Little Girl Would Love One 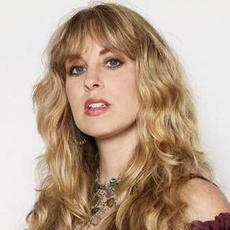 For an illusionist, a creative mind and vivid imagination was an absolute must, and for this task an extensive knowledge of folklore, mythical creatures in general and above all fairy tales. It was also a great help that Deirdre still had so many of her childhood memories of watching the My Little Pony cartoon and her own collection of ponies. The original ones of course, though she would admit to having sometimes watched the present cartoon and maybe there were one or two ponies still on her shelf. In any case, she was well qualified for the task at hand.

Well qualified but that wouldn't make it any easier, particularly in this case where she was attempting to deliberately induce something that happened most often in cases of great distress or emotion and over which she had relatively little control. Yet she wanted to do something special for Crystal, a proper welcome to the mansion and something that would be far more than a fleeting illusion, a friend for a little girl to help her fit in and that unlike some of her previous creations would be both friendly and completely harmless.

With the door and windows closed and curtains drawn, Deirdre had for the last couple of hours after lunch been secluded within her room, Clannad CDs playing in the background, incense candles lit and surrounded by various open books of fairy tales and mythical beasts, and artworks from her own hand and others depicting unicorns. Perhaps most important was the small purple unicorn toy she held in her hand, Twilight Sparkle from the newer cartoon, there to give her inspiration.

It wasn't easy, even with those meditation techniques she'd persuaded Logan to show her, the ones that he said worked best when he needed to calm the inner self. To have a truly empty mind, quieting the thoughts, focusing and not focusing on the music, the pictures and the artwork, getting an impression of the concept without actually focusing on it. Letting her subconscious get to work, for however long it took.

Seconds, minutes, hours, days, weeks, months, years, centuries it could have all blurred into one, and in the end, it was a whinny that brought Deirdre to awareness of her surroundings. Yet it would be a few moments to be sure that she wasn't deceiving herself, that it had actually worked, the creation of an eidolon more or less by design, a tangible illusion, a manifestation of the subconscious, almost in its way alive and capable of independent action, like an imaginary friend that others could see or even touch, that could be a young girls friend.

No larger than a Yorkshire terrier, the unicorn had a shimmery silver coat and a brilliant ruby mane, just like the little girl whom she would be a companion to. Indeed the unicorn merely glanced at Deirdre a moment longer before trotting to the door, giving a little snort and tapping a hoof in seeming impatience. Smiling and taking a moment to ease the stiffness from her limbs, Deirdre opened the door to let the unicorn out.

After a moment, the unicorn now scampering down the nearest stairs seemingly heading to the foyer, Deirdre made the decision to follow hoping she would be lucky enough to witness the moment the unicorn found Crystal and see for herself the reaction.

The ten-year-old was walking towards some stairs, thinking about going to the recreation room upstairs, she had heard about a game the important adults in her life had thought she might like. She couldn’t wait to check these games out when she heard it strange noises that sounded like galloping. She blinked and then looked up.

There was someone else there, this caused her to hesitantly to look up, that’s when she saw her, the woman she had met on her first day in America. “Look! It’s a Unicorn!” she said as she didn’t know that Deirdre had created this. She knew, of course, and she appreciated her all the more for creating this. She lifted her right hand, and gently she pets the Unicorn once more smiling happily. “Should I pick out a name?’ she asked Deirdre, wanting her opinion.

She, of course, knew she would have to think of a good name, something her mother would likely find to be appropriate. She waited for Deirdre’s advice as she looked at the little Illusion, her face full of joy and happiness. She hoped it was possible to keep this Unicorn, but if it would cause problems for Deirdre, like making her tired too much she wouldn’t want that for her.

When Deirdre heard the shriek of joy followed by excited exclamations about a unicorn, if she was a little disappointed that she didn't get to witness the moment for herself, then at least she could tell that Crystal must be happy with her gift. It didn't sound like she was far away either, so if she'd missed the moment itself then she would still get to enjoy seeing the little girl interacting with her new friend. In fact, as she headed down the stairs she could see Crystal there petting the unicorn.

"Why, yes it is," Deirdre said in response to Crystal, pleased that she was seeing with her own eyes that the unicorn was interacting appropriately friendly and affectionate with the child and that Crystal wasn't disappointed with its small size. It wasn't something she would do too often, not deliberately in any case given that it could have turned out rather differently if she'd been careless, and some people might not be too happy about her creating another eidolon given how some of her accidental creations had turned out.

"I think that would be a very good idea. If she's to be your new friend then she'll need a good one," Deirdre said, as she glanced at the unicorn. "If you need any inspiration, I've got some books in my room I could fetch or you can always leave it a little while, get to know each other first and when the time's right, I'm sure one will come to you."

While Deirdre would be happy to give advice or help, she didn't want to influence Crystal too much, since this was, after all, going to be her friend. There would be plenty of time as well, eidolons might come and go but they came back, almost of their own accord and only through great effort and will could they be made to go for good and Deirdre had no intention with this little unicorn.

"I know you came halfway across the world to get here and even with your family here, I know it might take time to settle in. I thought a gift for you, a little friend might help, so I, conjured her up would be the best way to put it. She might come and go from time to time but she'll always come back and you can keep her, she's not like other illusions where I have to concentrate and she's independent, has her own will and personality so if she loves you, that's real," Deirdre paused, aware she'd been speaking for a while but she'd wanted to assure Crystal, maybe answer as well any unasked questions she might have.

Crystal was all smiles and pure happiness as she knelt there in front of the small Unicorn looking being in front of her. Her ten-year-old sized hands gently petted her new friend making absolutely sure she was gentle with her not wanting to cause the small Unicorn an injury even if it was an illusion. She cared for her a great deal. She heard Deirdre’s response to her obvious statement, that this was a Unicorn. It was small, but that was ok, she didn’t love her any less, and gave the creature her love that she knew it deserved like she had been given by her mother and uncle.

Crystal at that point stated she should give her new friend a name, and Deirdre agreed with her, after all, she was her new friend so she’ll need a name. This was a serious topic, and she knew she would have to think carefully, even if some names had come to mind already. Deirdre offered to help her inspiration since she had books in her room she could fetch. Crystal knew she could wait to name her new friend, but either was fine with her.

Crystal listened as Deirdre explained her reasons why she created the little Unicorn, and she found herself smiling at how nice and kind this woman was. Crystal carefully gave the little Unicorn a hug and a kiss before she moved up the stairs, being extra careful that she didn’t knock the little unicorn down. She did try to make sure that she could get up, and helped her if she needed it before she turned her attention to Deirdre and gave her a hug. Happy tears fell from her eyes, “Thank you so much!” she told her happily.

If there was one thing she learned growing up, it was those who were kind enough to give her something she had to thank them, especially with a hug to really show how she appreciated it. She loved the little Unicorn, though a thought occurred to her. “Oh, there’s an important question, when it’s time to eat what should I feed her?’ she asked her unsure whether illusions like her needed to eat. She wanted to make sure, if for no other reason other than to make sure her little friend was taken care of.