My Passion is Writing — Natalie Weeyico ( Played by Michelle ) 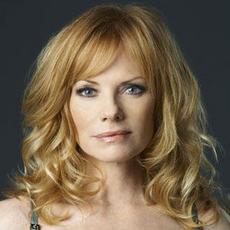 40-year-old looking woman, long length brown silky smooth hair from the top of her aged head, right down to her shoulders. The woman kept her own hair more to the back, also tied a little. The eyes of this great woman are blue, the woman’s cheeks could be seen when doing her signature pleasant smiles. She often wears a simple shirt, this shirt has the words “Weeyico’s heaven” in the middle of it along with what seems to be some kind of picture on the top of it.

The bottom half of her clothing is often pants covered by a simple skirt, the top usually covered by a blue jacket, which like her shirt has the business stuff on it. The shoes, which adorn her feet, are simple ones that are fine to walk outside in yet fine to walk inside with as well. Natalie wears a hat, in the summer sometimes she uses an umbrella, mostly for the protection the item provides, as Natalia doesn't like the brightness of the sun all that much but she tries not to let it bother her.

N/A. Natalie is 100 per cent human, she has no powers. While her daughter does, she herself has only ever imagined herself a few times having powers, in fact, daydreams having them.

The woman that is now called Natalie Weeyico, the Fake Mutant, was born in Canada, to be exact, in one of the cities, in Ontario Canada. She was born to Mark and Mae Weeyico. As a child Natalie exhibited an over-enthusiasm for flowers and flower arranging, she also committed herself to learn martial arts, because she didn’t want to be some weak girl. She wanted to be able to defend herself. The child was a well-mannered young girl, if a little spunky, and very brave, she wasn’t afraid of bullies easily putting them down.

Years passed and she turned into a teenager. Here she completed her defence martial arts training. And went on to gymnastics, mostly because she felt it would help her. She also started and soon finished high school. When she did graduate that was when things went bad, first a mutant had attacked her family, having picked them randomly. It killed her parents and when he saw her he had decided to do something different to her, she was attacked, but in a different way. She was saved by some neighbours but it was too late, he had done the evil deed. It was a month later when she found out she was pregnant.

It was here when she decided to leave Canada completely and moved to the USA, specifically New York. There she opened a flower shop but had trouble picking out the name until she remembered her parents and thought of them being in heaven. That’s when the name came to her, she called it Weeyico’s Heaven. And from then on she gained new friends, also gave birth to a daughter.

When her daughter was born, she noticed her daughter had Violet eyes. She didn’t think it was possible for someone to have violet eyes. This made her think her daughter was a mutant, but she didn’t care, this was her daughter. And she was not gonna leave her. The mother held her daughter for what seemed like an eternity until the doctors told her they needed to run some medical tests on her. Natalie had requested that they not check to see if she had the X-Gene.

She didn’t want to know if her daughter was a mutant until she was much older. She also didn’t want any hostility towards her daughter, in case she did have the gene. It was almost a month until they were allowed to go home back to the flower shop. Natalie home-schooled her, while also working in the shop. The customers complimented on how adorable the young girl was. Also how helpful, because when Sachura was six she started helping her mother in the store. Natalie decided to enrol her in a school because she was worried about the effect home-schooling had on her, mostly because her daughter didn’t get experience with men.

She hoped if she did enrol her in the school her daughter could make friends, also to get used to boys and men. She also hoped that it would teach her things she would find useful. Though she wasn’t expecting trouble. She had gotten a call, apparently, a boy in her daughters class had teased Sachura, also really embarrassed her. The reason for the call, however, was that Sachura had developed a fear towards the opposite gender. So Natalie took her out of the school and attempted to look where her daughter could get help to get rid of the fear, but she didn’t find anywhere, or, if she did, it was far too expensive.

The two women did a lot of things together, they went shopping, ate out, and even went to a spa. Natalie also taught her daughter a lot of things, and realized, her daughter seemed to have an affinity for Science. Not something she expected. But was going to be proud anyways.

Natalie also was secretly watching her daughter, watching for any signs that she was a mutant. So far though nothing happened. Her daughter's 12th birthday come and passed still nothing happened. And Natalie thought maybe she was always a mutant it just affected her eyes, made it different. The date of the next spa appointment came, however, her daughter had to go alone because Natalie was really busy in her shop. It was here when the canines attacked. There was a huge pack of dogs that attacked the flower shop, and Natalie with her gun managed to kill all of them, making a huge mound. Two dogs not yet killed managed to bite her legs, forcing her down. They also attacked her, but she managed to kill them before they killed her.

At this time, her thoughts went to only one person, her daughter, her precious daughter, who had decided to change her hair color, saying brown was boring and she wanted it unique like her eyes. Her daughter, who was either at the spa or on the way there. Tears had fallen from her eyes and continued to until what seemed like an hour later, a few people arrived, got through the mound she made here was where she saw her daughter and learned she was a mutant like those in the group. They took her to the place they called Xavier's institute, she was in one of the med rooms, and was treated, her daughter had run out because she was very upset. Natalie had tried to call her but couldn’t.

After talking to the one called Dark Voltage, it came to her that maybe he could help her daughter get rid of her fear of men, so she asked this of him, and heard he would try. When the professor came to see her she learned the names of those who rescued her daughter, also that her daughter wanted to stay there. Natalie had been grateful that they rescued her, both her and her daughter, as for staying at the school, she wanted to check it out first. And so she did when she was well enough to leave the med area. The man named Scott Summers and Ororo Munro took her on the tour, answered all her questions, and she learned about the school.

She felt really happy that her daughter was there, being looked after also trained to control her powers. The first few days her daughter was busy, then when she was not so busy they went back to normal, the two spent time together. Since her daughter was a mutant, she was able to help in the house, like welding something that appeared broken. The two had some fun times together.

It was on the next shopping appointment when she knew something was wrong. First off, her daughter wasn’t there, she was late, and she didn’t meet the mother at the eating area. She waited a few more minutes which turned to hours, that’s when she went looking, then she thought maybe her daughter forgot about meeting her and went back to the institute. So, she drove over there, and that was when she learned her daughter had been kidnapped. And when she heard those words, she looked mega angry, she armed herself with a gun and said she was coming.

She went with the Xavier people, to where they were meeting the others. Here she learned about Speeding Hawk, one of DME’s most fierce and deadliest of security. She also remembered reading about something that happened a few years ago and wondered if she was the one who did what she read about.

Soon they were let in, where the leader of the thing told the plans. When told she was going to stay back, she looked seriously angry and was going to open her mouth to say something, however, a look from the professor stopped her. She also could hear him in her mind, telling her telepathically to stay calm. The only female human there realized the Professor would be staying there also. This calmed her a little, she was hoping to be in there. Getting to her daughter, she remembered what Dark Voltage said to her and, so, that calmed her more, knowing that Dark Voltage was a good person.

After the whole thing, and they were returning home, her daughter told her she will be coming back home with her, that she wanted to stay out of the institute a bit. Natalie was fine with it, it would be like old times. Natalie helped her daughter emotionally, and her daughter helped her in the shop until it was Valentine's Day and she decided to return to school. So Natalie drove her to school, got her back into the classes and when her daughter returned to her room, she spoke with the Professor of others things, such as getting more help for her shop, also maybe some security, she wanted mutants from Xavier’s because she trusted them. She also specifically asked for mutants who graduated already.

Natalie continued to run her shop and continued to sell flowers, she also met with those who Xavier recommended and hired three of the ones. When she learned on February 26, that her daughter got sick, she sent a message telling them what her daughter was allergic to, so that they wouldn't give her anything that would harm her.