My Passion is Writing — Lied Nova ( Played by Michelle ) 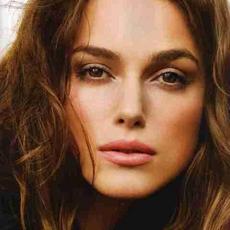 Lied does have a physical mutation, but her mutation is at a lower, less dramatic rate, allowing her to do things to hide these differences to her appearance in order to blend in and keep a low profile. The biggest noticeable differences were her eyes and her right hand. Her eyes appeared Avian and her right hand ended at talons.

Her brown hair is allowed to reach her shoulders but kept neat and tidy. No part of her hair went in her face, nor eyes, and they were kept behind her ears. Her left ear has a shallow scar on the earlobe. Her eyes are the first thing that points out she definitely isn’t human because they appear to look almost like a bird of prey’s eyes. She normally wears shades, which have the effect of hiding them. Her right hand, ending an inch from her wrist, has the appearance of a Hawk’s talons. To keep a low profile, she has this limb bandaged, while she has a digital watch on her arm. The other arm is allowed to be free of bandages because it was a normal human limb.

The woman always wears a black shirt, the sleeves allowed to be short. The pants are plain black. Black military-style boots cover her feet. Her clothing is of the molecular type, basically when she changes to her Hawk form and returns normal her clothes appear on her form; when her wings come out the clothes form around as if there wasn’t a hole.

As a child she was arrogant, battle-loving and a killer, anyone who crossed her was killed. Magneto had managed to control her using false promises, and also gifts. Her personality started to change, first, due to the arrival of Torgue an orphan baby hawk she had found, her feral nature started to change as well. This was mostly because she was growing up. The bird feral found she enjoyed making things, though she did sometimes destroy things as well. At the age of 20, she was in complete control of her feral nature, but she still enjoyed killing.

The woman still killed if people crossed her, but it was now only if they told her she was weak. When she created her Nightclub she didn’t kill so often, mostly because she didn’t have time anymore. Then she met Maximus Lobo, it was thanks to him that she decided that she didn’t have to kill, it was thanks to him that her feral nature was completely gone, and she was in complete control. The woman no longer found the need to kill. There is a big difference between child Leid and adult Leid; for one thing, adult Leid seems happier and alert while child Leid seemed angry and dangerous.

Some of the things she still enjoys is scaring people in her other form. She usually does this in small towns or small villages not cities like New York. She has found amusement in some of the things she had been called in the past, like Demon, and child of the skies. She had chosen the name Speeding Hawk, deciding that she should choose her name, no one else. She enjoys spending her time at her nightclub, reading books, and most definitely going on dates with her beloved.

In 2010 Lied Nova emerged into existence in the Savage Land in the secret base controlled by Magneto himself who used the skills as a geneticist he’d gained and practiced with during his life to creating the girl he chose to call Lied Nova. He used the genetics of his lost love, Magda with the carefully manipulated genetics of a mutant, to give Lied specific power. She was an infant, but Magneto had manipulated her genes to accelerate her aging, so by the next day she grows older by years and years when she turned 12 because of the aging, her hand changed, as did her eyes. As she grew her mutation grew and developed as well, soon she was able to lift things that she couldn’t before, heaven heavier things. It took a year for her creator to find out she also had wings and an ability that if she got a good look at you, you will be afraid. The fear ability was found out after a Raptor chased her while she was outside. The wings had been a surprise, a surprise when it was found out she could bring her wings inside of her body.

She began training with her powers and mastering her powers, and She and Magneto feasted on Dinosaur meat from the Savage Land.  by 2011 she reached the age of 18, and her accelerated aging slowed to normal aging, and the woman continued to train for 12 more years through this normal aging.

She soon became curious about the outside world, beyond the Savage land, where she learned of places like America, and all over. She spoke to Magneto of her desire to go out into the world to see things, so he began giving her new training, and he began teaching her things like English, and about the outside world so that she would be aware and prepared since he didn’t want her killed.

She became deadly with her talon, but she knew she’d have to keep this hidden until it was time.  Magneto sent her to find Mystique, thinking of the shapeshifter as an ally and one he could count on.

Unfortunately, since Magneto didn’t know how to contact Mystique neither did she, the shapeshifter was good at hiding.  Though she didn’t focus too much on that since she was distracted by what she saw, metal planes as big as Pterodactyls buildings as big, if not bigger than the T Rex, it was certainly amazing.

After three years of fruitless search, she returned home to Magneto, to let him know, but she did find herself wanting to return because she’d enjoyed going to Night clubs, and had a desire to create her own. She stayed for about 4 months in the Savage land, learning from her father a new set of knowledge, specifically a business plan. Now 24 physically and mentally she had the knowledge she needed, so she returned to America, to New York to choose her spot to create her Night club she chose to name the Baby Falkyn sort of after the baby she’d found and nursed back to health, she raised the bird, and trained it, to become a worthy partner when others weren’t willing to partner up.

She used the knowledge to make it successful for 5 years.  She met some people during her time, like the man she found herself in love with, she felt like a piece of her was now full, she could only describe it as finding someone she truly loved. The two of them chose to have fun as only two feral mutants could. She also chose to let him ride upon her in her bird form while she took him to central park. It didn’t take a genius to know she was in love.

She had hired an assistant manager, who was a mutant girl who could sense things, like emotional states.

Being the owner of a famous Nightclub did have an effect on the public. Having wanted to walk, to get some exercise she was accosted by a group of men, who tried to kidnap her. Of course, she looked like a helpless woman, but she was nowhere near helpless and she savagely defeated them.

She did nonchalantly report this to those she cared about, but making no big deal of the incident and went back to her life, where she spent time, concerning herself with her Nightclub, any dates with her beloved, and some easy missions for the Brotherhood She'd joined. Sometime later, one of her assistant managers at the nightclub came to her with an idea, Valentine's night at the nightclub... the woman had been hesitant at first but decided to go for it. She was surprised at the effect, the money came pouring in a lot more than normal.

Things were looking up for the young woman, she had a boyfriend, and a good-paying job, and also an easy life. She looked forward to the dates with her Lobo a great deal.