My Passion is Writing — Theresa Cassidy ( Played by Michelle ) 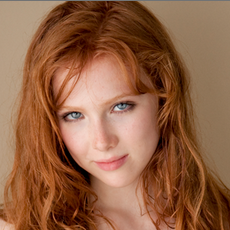 In between jobs at the moment

Audiokinesis: The ability to create oodles amount of sonic effects with the voice. It seems Terry has inherited this ability from Daddy, Sean Cassidy aka Banshee, however, it seems she can do other things which he cannot. Though it could be Banshee has yet to develop his ability yet or maybe Terry might lose these abilities as she gets older, who knows. Anyways the first power of Siryn is the ability to release sonic screams, causing her vocal cords to vibrate in high frequencies - meaning, the volume of her voice ranges up to at least 140 decibels. With this much power, it probably wouldn’t be too much of a burden for her to shatter rock hard items, or even to damage someone’s hearing, perhaps even permanently.

Psionics: It seems Terry has limited powers of psionics and there are limited things she is able to do with it, however, the main thing is that it hides her from the effects of her own mutation.

Sonic Flight: Using her scream vibrations, and the limited Psionic powers, Terry is able to lift her body up and off the ground. The scream seems to propel her back, while the Psionic, which goes behind her, moves her forward. Also, it seems that the type of sound causes her to either go up or down, with the higher pitches going up and lower pitches going downwards. The Psionic energy strengthens the sound waves, which allows them to support her body weight. It also seems that like her father she is able to talk while in mid-air, but this lasts a minute or two otherwise she will fall down. Siryn is propelled through the air at the speed of sound, About Mach 1.

Sonic Amplification: With intense concentration, Terry is able to amplify sound carrier waves, to which she can use to hear the sound as far off as say a kilometer away from her. If she wanted to she might actually be able to hear the conversation of people talking to each other or whispers and other such noises.

Sonic Scream: Just like a normal scream, the sound passes through her throat and the vocal cords, in order to produce them, but Terry is able to go one step ahead and go over a range of sonic frequencies and create a sound as loud as say 140 decibels. Since it is now so powerful that solid objects like glass, eardrums, bones, completely shattered, and no longer to be used.

The Upgrade - Sonic Lances: While doing her sonic scream she is able to make her mouth smaller so that the sound that comes out of her mouth is smaller and more of a beam. Like her sonic scream it is able to shatter any hard solid substances, but like the scream, it can’t break Adamantium and Vibranium. She is also able to lower the power so that the targets only are stunned into unconsciousness, with the added bonus of not doing any visible injury. Unlike the sonic scream, she hasn’t had practice using the lances so she doesn’t have control.

Sonic Echolocation: In a dark area, Terry is able to use her powers in a way that she sends a precise note, and on listening to the returned note she is able to sort of know where she is exactly, and from there she is able to escape into a bright world, she doesn’t have much control over this ability.

Sirens Song: Greek mythology tells of women who used their singing to bring sailors to their doom. Terry, having taken her codename from the myth itself, can use her singing voice to do something similar. However, the effects her voice has is that they seem to make the target fall in love with her. No matter what their gender or their preferences were, they will fall in love. Fortunately, since she doesn’t have hardly any control over this ability, the effects only last a few minutes.

Sonic Null Field: With a sharp burst of sound, she is able to make a huge field of complete and utter silence, in which no sound is able to penetrate inside the area, from the outside or from inside the area going out. But like most of her abilities, she has almost no control, therefore, she isn’t able to make quite a huge area of effect. Vocal Immunity

Shielding: Her one defense against mimicry, those mutants who are able to mimic her powers. Basically, what happens is she automatically and psionically from the moment she starts using her powers is able to create a force field, which basically blocks her from her own destructive sound attacks, which she is able to make. She has no control over this part of her ability, it happens automatically without her consent. Kinda like Wolverine's healing factor or Scott's eye beams, she can’t turn this off as it simply happens.

Superhuman Vocal Stamina: Her vocal cords are said to be super strong, what this means is that she is able to create sonic effects her screams or other abilities make for hours on end, seeming to also not tire her out at all or sustain an injury. Yet, while her vocal cords and her throat and mouthparts are superhumanly strong that the pressures she produces do not cause her any injury, they can still be injured, or infected with a disease like laryngitis in which case she loses control of her powers.

Vocal Disorientation: By forcing sound into the ear, and attacking the organs there, Siryn is able to cause someone to lose their balance and make them dizzy since she doesn’t have much control the after-effects won't be too bad off. Vocal

Reality Warping: Siryn is able to use her sound powers, and limited psionic abilities to make sounds of something that isn’t really there at all. To a blind person, she can make it sound like a tiger or a feral animal was there, or that they were in a forest area instead of the city. Unfortunately, since she doesn’t have control over these abilities, it wouldn’t affect a person as bad.

Vocal Trance: Effective when the target is asleep, she is able to influence peoples' subconscious. With just the tones and vibrations of her voice, she would be able to make them buy things for her when they are awake or even leave her be, but she doesn’t have too much control over this ability.

Vocal Unconsciousness: The least used, least controlled ability, with a precise amount of sound, she is able to force someone into unconsciousness, useful to get by if you're trying to escape. But she doesn’t have control so the effects might not work very well.

Weaknesses: While Theresa has a strong throat and mouth, diseases similar to Laryngitis cause her to be unable to use any of her powers until she gets better and takes her medication, and due to practice. There is also the alcohol problem, not many know it but, thanks to Black Tom Cassidy, Terry has a drinking problem, she tries to keep it hidden not wanting people to know also definitely not wanting her dad to know about it.

Theresa is the only mutant daughter of Sean Cassidy, the mutant now known as the Banshee, and Maeve Rourke. By the time he was married, her father Sean Cassidy worked as an Interpol agent, and not long after was sent on an undercover anti-terrorist mission which kept him out of touch with his family for many months. Neither Sean nor Maeve knew at this time he left that she was pregnant. Maeve remained at Cassidy Keep during her pregnancy and the time immediately following Theresa's birth. This, unfortunately, meant that only a handful knew that Theresa actually existed.

Theresa soon experienced her first loss because Maeve was killed in an IRA bombing along with a number of other people. Those who knew of Theresa's existence thought that she too had been killed in the explosion, which had left the corpses of its many victims unrecognizable, and decided not to tell Sean Cassidy that Maeve had had a daughter in order to spare him additional grief.

Completely unknown to those who knew of her, and to Sean, itty bitty Theresa was found a few minutes after the explosion and the fire, by his Cousin, the man she called her uncle, Black Tom Cassidy. He had thought that like his cousin and he himself, she might actually have mutant powers, possibly even on the same level as him and her father. He decided on raising her in secret. Tom had twelve years to wait before her powers began to manifest, and just like her father and Tom, she had sonic-based powers also. Since then Tom began to use her in his illegal hobbies of committing a crime.

Fortunately for the victims, Terry just didn’t have the will to do any criminal activities. But did because Black Tom made her do so. This made her a competent thief, she sometimes has trouble staying on the good side of life, but fortunately, since she isn't with her uncle it's very easy for her to be good. She has role models in her family and friends to keep her good. Fortunately, Black Tom didn’t include her in any of his worst jobs, having decided that he will use her when she was older. Fortunately, her uncle got arrested and she was cleared of any wrongdoing. She was given a place at the school, also she was told the name of her real Father. And was able to meet with him after she was allowed in.

Since she saw what people could do to each other through her misdeeds, Theresa became committed to making up for her mistakes and believes in Professor Xavier's dream. Working on bettering her powers and making friends with some of her fellow students, particularly Deirdre whom she thought of as an older Sister type who had been an only child herself. And, because Lawrence was close to Deirdre he was close to her as well. Logan Howlet was something of an Uncle to the young girl. Quite sometime after her arrival from then on, Siryn’s life was pretty much below average, due to a bout of sickness.

Afterwards the next of the moments of her life was relatively normal, attending classes, making new friends. It was all going great, she was getting good grades and everything. But unfortunately, laryngitis attacked again and she was unable to use her powers at all. She eventually fought the virus and gained back her powers and voice. Life soon went back to normal, greeting new students, helping those who had a hard time, like Sachura. She helped her get rid of her fear towards men to the point that the green-haired teenager was able to talk to Men without being scared.

Terry attended Xavier's School, going through all her classes and trained extensively with her powers. She placed focus on control over her powers so that her dad could feel proud of her that she didn’t lose control. Eventually, as time passed she reached the time where she could graduate and she did so, before moving out of the country for a University where she learned a great deal more. Showing off no powers and revealing nothing of herself until she was able to graduate where she chose to return to America, wanting to come back to Xavier’s school where she could be of greater help there. 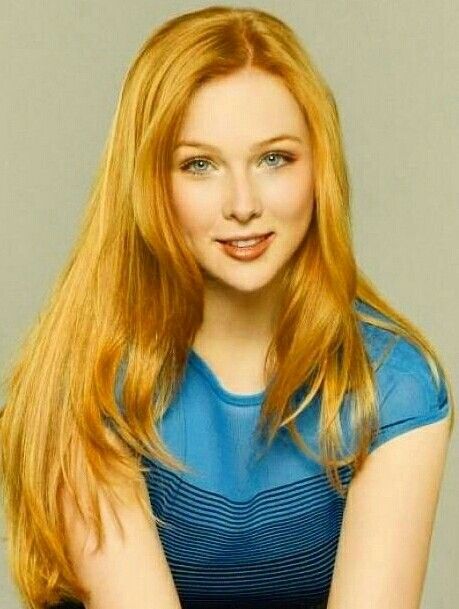