My Passion is Writing — Shalimar Fox ( Played by Mana ) 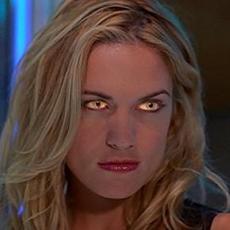 Stunning, physically fit and toned in all the right places, one only has to look at her to know Shal was born with the feminine feral genes simply coursing through her. Regardless, she still has to maintain her body becoming somewhat of a fitness junkie early on after learning it was a great way to let out the restless big cat inside her. Once face-shaping, Shalimar’s dark blond hair is now worn longer and layered to just below her shoulders. Brown eyes, almost cat-like in slant finish off a face born for the modelling industry even though she hasn’t the least bit of interest in such a thing.

Having the body of a model, Shalimar looks good in whatever she chooses to wear. Skirts, shorts, slacks, jeans. T-shirts, blouses, dresses. Tight, flowing, or with splits, whatever is in fashion and within her budget at the time. Her favourite colours are black and red, preferring the styles of clothing that both allow the accentuating of her natural feminine curves while also giving her freedom of movement so she can use her feral abilities at any time.

Shalimar’s Mutant X uniform will vary but she’ll mostly be seen in a standard black leather jacket or a long trench coat over either a black or brown zip-up vest with a tight shirt underneath it. Plus, tight black leather pants or slightly looser black, brown or mustard coloured jeans over knee-height heeled boots.

A body-hugging full black leather suit unzipped to show a tight black shirt underneath with the same black knee-height, heeled boots finishing off the outfit.

When tapping into her feral side, Shalimar’s eyes will glow gold turning more cat-like.

Pending... rewording all of the below within this section

Fox is a Feral in her late twenties. She falls into the classification of Feline, most common of the New Mutant breed. Her heightened senses, strength, agility, and prowess are all on par with a female cougar or lynx. If she possesses cat claws or fangs, they are retractable and have not surfaced in any recorded GSA encounter (making their existence unlikely).

While the Feline has considerably honed battle skills and highly developed aggression, she does fall victim to the most common of Feral vulnerabilities: a fear of fire. GS Agents confronting Fox are recommended to employ this weakness against her. Like all Feline Ferals, she may be highly susceptible to hypnotic influence or suggestion, although it is presumed that Adam has taken measures to counteract the flaw.

Shalimar is a Feline Feral, fiery, and stunning, a sensual beauty utterly in touch with her primal self. Blessed with both human and animal DNA, Shalimar has the strength, speed, and cunning of the animal kingdom…with a tempestuous nature to match. She is uncannily fast, inhumanly agile and sensually Feline. Walking the line between human and Feral, Shalimar is a little wild and completely unpredictable. Her Feral side is shown mostly by her graceful movements and glowing cat eyes.

The daughter of Nicholas Fox, the head of Naxcon Corporation Industries, Shalimar was born with both human and animal DNA, the latter of which is likened to a cougar or lynx. She is fully in touch with her Feline Feral side, coming across as fiery, stunning and sensual. Fact is, Shalimar is one of the most beautiful creatures in existence yet, still manages to keep a level head about it all. Well, about that side of her at least. She has the DNA of a big cat after all and can't help but want to explore her more primal side from time to time. One such occasion happened when she was still very young and in school. While her friends and other students were already very wary of her it was mostly when she forced an ex-boyfriend to eat his own math textbook that saw them truly frightened of her.

Unfortunately, this also caused her father to place her in a psychiatric ward when she was 10 in hopes of taming her more wild and unpredictable behaviour. It is unknown if her parents were aware of their daughter being severely beaten by the orderlies on a regular basis but they did split up shortly after she was sent away. Shalimar believes her mother was not in full agreement with her being committed in the first place.

Time passed. Shalimar grew stronger within herself and as a feline feral, soon escaping and living on the streets with another fellow feral by the name of Gina DuChamps. As with most street kids, she fell into a life of petty crime and living day to day doing what was needed to survive. Due to her abilities, this was not as difficult for her as it was for the human kids she saw and sometimes mingled with. She managed to help some of them out quite a few times and while most were accepting of this girl with glowing cat eyes, others kept a wide birth long after that.

Shalimar has trouble recalling exactly when her first official and very exciting feral boyfriend came into her life, Zack Lockhart quite literally sweeping the feline off her feet. He was also a fellow thief and an extremely good one at that. Their romantic affair lasted until sometime before she turned 15 when he chose to stash some of his loot in her freezer thus forcing her to have to go on the run to avoid jail time. She managed to achieve this by holing up in an old hotel with yet another feral mutant by the name of Nikki Rodgers, obviously livid and never wanting to see Zack again.

Eventually, she was found by Adam Kane, one of the CoFounders of Genomex. He bought both her and Nikki back to his private residents, a place he called Sanctuary where the two ferals could feel safe, rest and recuperate. Growing quite fond of him, Shalimar was over the moon when Adam soon decided to allow her to live there for as long as she wanted to but very sad to hear he'd be sending Nikki away to a foster home. Although she understood he couldn't have them both there, it took some time for Shal to get over the guilt of being the one her mentor and father figure had chosen.

Pending... because I have to make up the rest...

The subject profiled is a member of the outlaw faction Mutant X. Fox is a Feral in her late twenties. She falls into the classification of Feline, most common of the New Mutant breed. Her heightened senses, strength, agility, and prowess are all on par with a female cougar or lynx. If she possesses cat claws or fangs, they are retractable and have not surfaced in any recorded GSA encounter (making their existence unlikely).

Raised by her natural parents in the American southwest, Genomex lost track of the subject when the Agency's original tracking database became corrupted during Incident X (SECURITY RED FILE, no general access). The current location and status of her family have yet to be retraced, although it is an educated deduction that their true surname is not "Fox".

History files on this Feline begin with police records as a teenage runaway and then an accomplice to petty theft with fellow New Mutant Zack Lockhart, a Psionic Illusionist (file #EOG62PLZ). Located by renegade activist Adam (files #MX999AAA, #EOG85AAA and #0154A896, among others) before Genomex could apprehend her, Fox (will descend. Hasn't happened in this RPG yet) into a deeper life of criminal activity as part of his terrorist task force. To date, she has the longest tenure of any New Mutant he has employed.

While the Feline has considerably honed battle skills and highly developed aggression, she does fall victim to the most common of Feral vulnerabilities: a fear of fire. GS Agents confronting Fox are recommended to employ this weakness against her. Like all Feline Ferals, she may be highly susceptible to hypnotic influence or suggestion, although it is presumed that Adam has taken measures to counteract the flaw.

Fox is always to be treated as a HIGHLY DANGEROUS ENEMY; however, the directive from Mr. Eckhart's office is firm on her being captured alive and reasonably unharmed.

This mandate remains in place UFN.

Notes on her bio:

There are no notes saved for this thread.
December 1, 2023 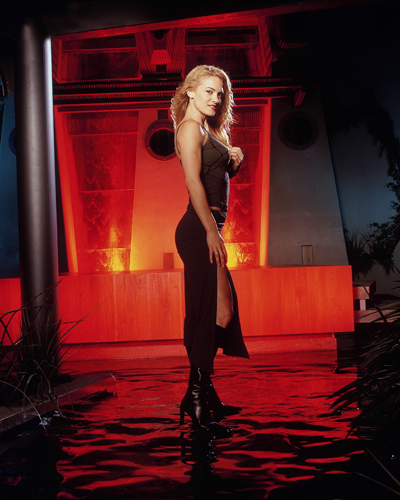