My Passion is Writing — Remy LeBeau ( Played by Mana ) 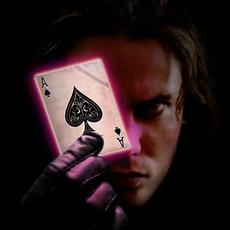 Because of his intense training in the martial art styles of Savate and Bojutsu, as well as street fighting, acrobatics and parkour Remy is stronger and more physically fit than the average person.

Remy’s most obvious and visible sign that he is a mutant are uniquely coloured eyes of red-on-black. Unless hidden by shades, these have drawn many a second glance, a concerned look and even accusations that he could be something evil. Some, in mistaking them for contacts have asked where they can purchase such a cool accessory.

When growing out once short brown hair to shoulder length, it wasn’t long before Remy noticed the natural wave, something that seems to attract the ladies to him even more, or, at least, he thinks so. More often than not, Gambit is clean shaven, yet he isn’t opposed to trying out different facial hair styles, such as those he’s had in the past, everything from the simple stubble to the more refined English moustache.

Gambit’s clothing of choice is uniquely his own. When going out, a long black or brown trench coat over a black suit with a shiny silken blue, purple, or red formal shirt accessorised with black partly or fully gloved fingers and a bowler hat. No ties, far too restricting for the Cajun.

In a more relaxed situation he’ll wear whatever is comfortable, even track pants as long as they look good. Sports style. Slacks. Denim jeans, preferably the black type. No daggy stuff for him.

His Guild Uniform consists of armoured brown or black trench coat over a t-shirt style Kevlar vest and tight black pants covered from the knee down in metal shin-guard, steel-cap combat style boots. Along with this, within specially made inner pockets of his trench coat he carries a telescopic bo-staff and a deck of playing cards to use as his preferred weapons. Picture example of this in his Gallery.

Bilingual: He is fluent in English and Cajun French.

Expert Marksman: He is profound in throwing small objects, such as cards, bolas, knives and balls with great accuracy.

Skilled Combatant: Though not on the same level as Captain America, he is still a profound fighter often employing martial arts, street fighting and acrobatics. He is well adept in martial arts, Savate, French kickboxing and Bojutsu, the art of using a Bo staff.

NB: Rewording the below and please note, in this RPG Remy never became Death thus has none of those powers or appearance changes...

Molecular Acceleration: Remy has the power to take the potential energy stored in an object and convert it to kinetic energy thus “charging” that item with explosive results. He prefers to charge smaller objects, such as his ever-present playing cards, as the time required to charge them is greatly reduced and they are much easier for him to throw. The only real limitation to this ability is the time required to charge the object. The larger it is, the more time it takes to charge it. Most charging takes place through direct skin contact. The power of his explosions is dependent on the mass of the object he is charging, for example, a charged playing card explodes with the force of a grenade. Gambit can also use his mutant abilities to accelerate an object's kinetic energy instead of converting its potential energy; for example, he can charge his Bo staff with enough kinetic energy and power to level a house. Gambit's ability can also be used to inject into organic lives(opponent), it can stimulate their physical potential and make them move or attack with additional momentum.

Enhanced Agility: Gambit's ability to tap energy also grants him superhuman agility and dexterity which gives him an added edge he has used to his advantage by developing a unique acrobatic fighting style. Static Interference: Gambit can create static, because of the charged potential energy that's always in his body, that shields his mind from detection and intrusion by even the most powerful of telepaths. The shield has the added effect of destabilizing touch-based powers.

Hypnotic Charm: Ability to "charge" the kinetic energy within a person's brain, allowing a subtle influence over any sentient mind. This power allows Gambit to compel others to believe what he says and agree with anything he suggests. More powerful minds have proven immune to Gambit's charm.

As with other areas of this bio, will be modifying his history from marvel.com and the X-Men Wiki incorporating some of the things from the movies, which are currently in the plotting stages within Gambit's Deck of Cards.

Main points, for now, are: 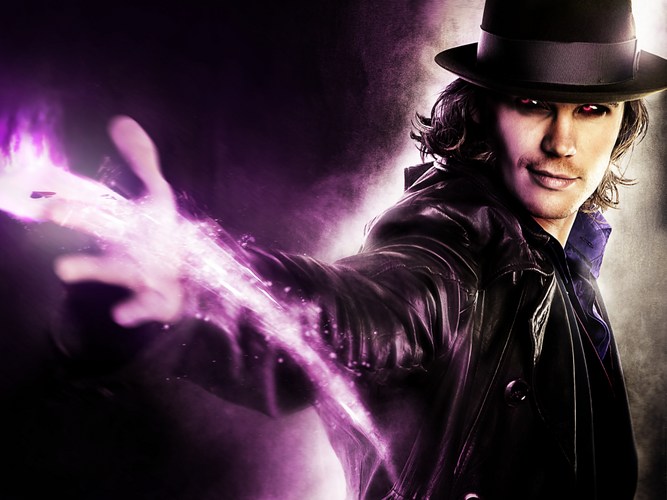 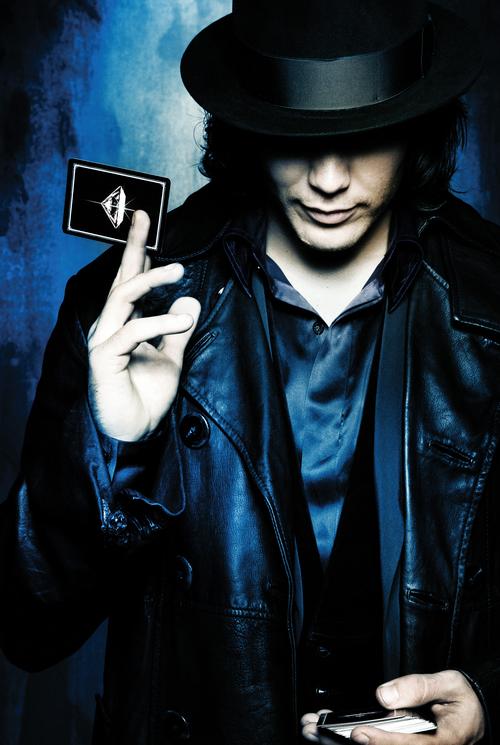 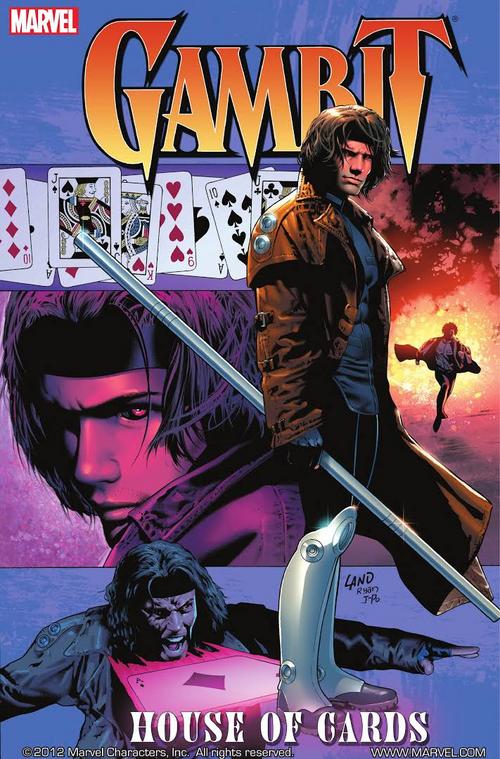