My Passion is Writing — Joshua Foley ( Played by Heidi ) 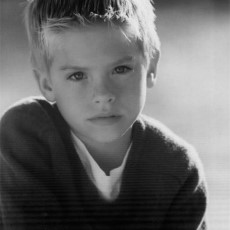 He has the body of an active 10-year old.

He's an active kid. He prefers to be outside playing sports or horsing around.

Josh excels at the production of youthful energy.

Healing | He can heal humans and animals. The worse the injury the more energy and time it takes for him to heal it. He'll require rest and food afterwards.

At this age his youthful energy and free form mind allows him to heal without having to put much thought into it. As he gets older, and her powers mature, he'll need to educate himself about anatomy and other sciences to make the most out of his ability.

Joshua was the third son born to Howard & Grace Foley. Growing up he had a normal childhood. As the youngest he was doted on by his mother, and equity picked on and protected by two older brothers. His father was a busy man, but made a point of making time for the family. Family dinners and every other weekend was a family activity.

He knew that his father had hobbies outside the home. He just didn't know what they were. He caught pieces of information from overheard conversations, but at such a young age Joshua didn't really pay attention too details. His father had a "political side" his mother told him. He'd go to meetings, BBQ's and marches. When his brothers were old enough they went too. The age he had to be was 12. So Joshua was still a few years away. Though he desperately wanted to participate in anything the guys in his family were doing.

Luck was on his side one afternoon. His mother had a schedule conflict and had to drop Joshua off with his father and brothers at a protest in a park. Joshua was thrilled, full of excitement. He held signs, and shouted-out what every phrase everyone around him was saying. Finally he felt included. His dad even patted his head and let him sit on his shoulders with a sign.

The next school day he couldn't wait to share his amazing experience with his teacher and class. He was so proud to have attended and participated in an anti-mutant protest. Joshua made some new friends, and lost others, that week. He didn't think much about the topic, he could only see the proud look in his dad's eyes.

Elixir is an omega-class mutant, and an Omega Level Healer, with Omega-class healing ability. He was stated to be a General Threat by the O*N*E, at the time of the M-Day, but was orange-flagged and allegedly reclassified by the O*N*E after he used his powers offensively.

Biokinesis: Elixir is capable of controlling the biological structure of his own and other people's bodies. He can produce biomolecular energy at will to affect organic matter he touches. This allows him to heal physical damage done to his body or the bodies of others, reactivate suppressed mutant abilities, repair cerebral functions, and alter the composition of his own molecules in certain ways. Because of his control over his own biology, Elixir has proven to be very difficult to treat medically. He usually passes out after pushing his powers too far and remains in a coma for some time. Dr. Nemesis guessed that during these times, his DNA reboots itself. He is theoretically capable of rewriting someone's genetic structure at will, and may eventually develop enough control of his powers to manipulate the human genome, altering eye, hair and skin color, implanting physical characteristics or even reactivating dormant mutant or atavistic genes. He himself fears that he has only “scratched the surface” of what he can do. His ability is by close proximity - he tends to touch his targets, but can heal/kill through clothing. However, recently Josh learned to use his powers on several targets at the same time, without touching them.

Healing: At first he was capable of basic healing, having successfully healed broken bones, severe burns and even a mortal stab through the chest. After gaining Beast’s knowledge of human anatomy, physiology and biology, Elixir has demonstrated increased mastery of his powers: regrowing Prodigy’s heart, sedating an enraged Wolfsbane and cleansing her body of drugs, curing X-23 of the Legacy Virus, and even transferring vitality from one person to another, as he did with Wolfsbane and her unborn child.

Resurrection: Elixir can bring people back from the dead.

Death Touch: He can use his powers to harm others, to cause different types of illnesses, massive swellings and organ failure. His control over his abilities is now so refined that he was not only capable of giving the Vanisher a brain tumor, but even of shaping it into the X-Men logo.


Secondary Mutation | Dichromatimorphic Skin: After Elixir used his mutant powers to heal himself, his skin turned a golden color. This is possibly due to Elixir activating a Secondary Mutation in himself. Elixir's skin normally remains golden, but if he uses his powers to damage or kill his skin turns a deep metallic black, and it is theorized that it is also altered his brain chemistry. This appears to be a completely involuntary reaction, and it has been stated that Elixir has a hard time converting from black to golden.

Weaknesses | Because of his control over his own biology, Elixir has proven to be very difficult to treat medically. He usually passes out after pushing his powers too far and remains in a coma for some time. It is guessed that during these times, his DNA reboots itself.