My Passion is Writing — For Fun — Guide Me To The Centre

Guide Me To The Centre

"Please let me help. I can heal you."

She did not anticipate exactly how hard navigating this puzzle without the proper tools was really going to be. When learning the school had its very own rather sizable hedge maze, the healer had become so excited she’d almost gone to have a look at it then and there. Back then it was a little too late in the evening to be traversing high-set hedge plants along narrow walkways around twists and bends all by herself, and, in the dark. Not a good idea, especially considering she did not wish to use the ‘How-To’ write up on the school’s webpage. Shaali was somewhat old-school with any sort of puzzle, online video games included. She’d work them out for herself or die… okay, so maybe not literally die. More like take a long time trying until she got there in the end.

In this case, she’d found a few of the smaller areas, the special little gardens with water features and outdoor seating perfect for relaxing in, only about five minutes ago leaving one spot full of so many different varieties of roses she wondered how in the world those looking after them had the time to keep them so beautiful. Then she remembered, she was in a school full of mutants. she was pretty sure those with some sort of affinity to nature were helping to keep even the hedge maze as a whole always looking so healthy and vibrant.

Running her left hand over the leaves she took yet another turn right and, in seeing the dead end up ahead, let out an exasperated sigh. “You're just going to have to face it. If you don’t get help from someone soon you're going to be here all day,” she said to herself. “I could climb up but that…” she paused, looking closer at the hedge and shaking her head. “Not built for that. At least, not for me.”

Backtracking, Shaali decided to try again, this time taking a left when she’d previously taken a right and going straight ahead instead of turning, the scent of familiar roses soon filling the air. “Okay, that does it!" she said, moving over closer to one of the stone bench seats and sitting down. After a few moments of admiring the sheer amount of red coloured roses on the bush right next to it, taking in another whiff of an aroma she was certain could be smelt all over the school grounds, Shaali sighed, resigning herself to needing help.

"Hello, is anyone out there?" she finally called. "Could someone please come and guide me to the centre so I don’t have to spend all day looking for it?”

Admin Note: Recycling an old thread idea. Tags to Wolverine only for now. 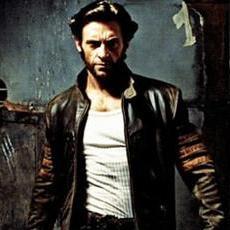 Quite often there would be the desire to go somewhere quiet and tranquil, to immerse oneself in nature or as close as one could get to it and that was an urge Logan could feel more strongly than most. Like his namesake he was at least in part a solitary predator driven as much by instinct and emotion as rational thought and for a long time that part had dominated. Even now after all these years it was as much about maintaining a balance, being socialised and civilised and keeping those instincts in check and thinking before acting on impulse. Over time the stresses could build up and so he would have to withdraw back into the wild to be at peace with himself until he was ready to immerse himself again.

Fortunately with the mansion's extensive grounds and gardens it wasn't all that hard to find the quiet particularly later the evening when it was getting close to nightfall. Keen senses weren't impeded by the darkness, Logan having pretty good night vision and as much reliant on hearing and smell as anything else. Even when his eyes were closed as he knelt in quiet meditation he was still very much aware of his surroundings on a subconscious level, in fact immersing himself in every scent like the rich heady aroma of roses and every slight sound like the gentle gurgling of the fountain.

The hedge maze was familiar territory, one of Logan's favoured places for meditation particularly this time in the day. Every inch was long since familiar, a mental map of sounds and scents and the texture of the ground underfoot, as well as the best areas to go to depending on his mood. He'd chosen one of his favourite spots, with the white roses and the fountain with the griffin statue nearby, slipped off his jacket and kicked off boots and socks and then just let himself relax.

The only distraction was a memory of when he'd first come across this particular spot, the one time he'd let himself get talked into joining one of Lawrence's gaming sessions, Ruins and Goblins or something and 'live action' where he'd been an orc barbarian or something and had kidnapped the princess Deirdre. Oh and he'd gotten in trouble when he was supposed to play dead after getting whacked a few times with a plastic sword and they didn't buy his argument about a healing factor. Fun times, fun times.

Logan blinked, opening his eyes as he heard the call, taking a sniff of the air and picking up on a scent as he took a moment to recall the identity. He recognised the voice, the scent as well now that he'd gotten it, Crystal's mother the healer whom it seemed had decided to make her first visit to the maze and whom Logan was sure would be a lot more hindered when it got dark than he would. Crystal would probably be quite worried as well if her mother was lost in a maze and not there for her when it was bedtime and in any case, he never was one not to come to the aid of a damsel in distress. Not that he would call her that, though maybe he might have a word or two about perhaps it being better to try out a maze earlier in the day.

"I hear ya. Stay where ya are and I'll come to you. We can go ta the centre but then I'd better get ya back...soon be yer daughters bedtime I'd think," Logan called out.

Getting to his feet, he considered a moment but decided to leave his boots and jacket for now, coming back to retrieve them after he'd located Shaali. Fortunately he had her scent and it was only a matter of a couple of minutes before he was coming into view of her on sitting on a stone bench near some rose bushes. A crooked grin on his stubbly face, the feral shook his head a little as he neared her.

"Maybe better ta try a little earlier in the day next time, huh?" he asked in his slightly gruff gravelly voice, though there was some good natured humour in his tone.