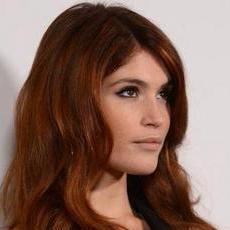 The morning mist was just starting to evaporate as the sun began to peer over the tall trees surrounding the mansion. The weather man had promised warm afternoon temperatures, which meant the residents would be spending most of their day outside. That usually meant that Rouge would have to find somewhere else to be. She had already dealt with her own teenage hormones. She had no interest in temporarily glean someone else’s. So space from others was her go-to move. Today that lead her to the kitchen.

She was currently sitting at the breakfast bar, flanked by a cup of coffee and a bowl of grapes, as she scrolled through content on her iPad. Off and on for weeks, she had been talking about ‘cooking this’ and ‘baking that’, but never actually doing more than that. Since there was a good chance that the kitchen would be empty for most of the day, she got the wild idea to try and cook. “Do cook’n skills exp’ire if ‘ya don’t use ‘em?”

Kurt had been reading. It was one of his favorite ways of passing his time when not teaching or comforting some of the more troubled residents. Humanity could be so cruel sometimes. He knew so because he had himself been the recipient of such cruelty. Abandoned at birth by his parents for not being a common-looking child, being forced to fight with other mutants in an arena for his life. If not for his faith, Kurt could have ended up believing he was actually a demon and turned out differently. Yet, his years at the circus had given him a sense of family that his family never wanted to give him. He didn't even know who his birth parents were. His current name, Kurt Wagner, he had received from the people of the circus. His first family. This mansion and its inhabitants were his second family. They reminded him of the circus in many ways. They were tight, helped each other when in need, shared everything together. Some more than others, but it was understandable. Each one within the old Westchester household had his or her own history and knew where it hurt the most. It was no one's place to judge another human being, let alone his.

Kurt actually had a second hobby, which was cooking. Another something he had learned while with the circus. He imagined no one would be at the kitchen during such a beautiful day. Maybe just for a cup of water or juice. In and out in a second. According to their rotation, today was his day to make lunch and he already knew what he would cook. Kurt left his book by his bedside table and teleported into the kitchen. He was just somewhat surprised to see Rogue there as her habits were no longer strange to his knowledge. "Hi, Rougue" Even after so many years in America, Kurt still hadn't lost his accent completely. "I schould not haffe teleborted. Am I disdurping vu?" He asked while his tail was shaking from left to right. He was glad that she was the one he had found there. "Py zee vay... zee ansver is ya. Cooking needs sdudy und bracdice. Vant to help me vith lunch?" His voice was filled with kindness and solicitude.

Rogue was waist-high in a Pinterest vortex of focus when Kurt teleported in. Normally his teleporting didn’t have an impact on her, as the noise wasn’t any louder than the ambient noises of a building full of kids, but since the kitchen (and most of the building) was quiet the ‘poof’ of his entrance was loud against the silence.

Rogue jumped slightly letting out a small yelp of surprise, “Heav’ns ta’ Betsy!” Thankfully nothing was in her hand to drop as her hands flexed against the countertop as if to settle herself. “Dar’lin you sur’ know how ta’ give a girl a start,” she commented as she moved a hand to cover her racing heart. Chuckling to herself after a moment. She wasn’t the type to get mad over something as harmless as someone startling her.

“Study ‘an practice ya say,” drumming her fingers against the counter in contemplation. “What’s on the menu ‘fr lunch?” she asked curiously.

Kurt tilted his head to the left as he tried to remember who was this Betsy Rogue was mentioning as she got visibly startled. He really shouldn't have teleported there, but now was too late to go back. Upon not remembering anyone with that name currently living at the mansion, he just let the thought go as some expression from her birth region at the south of the country. Sometimes, some idiomatic expressions in English still got him lost. "I cannot zay I do, put if vu zay... I pelieffe vu." He was smiling gently as he approached her and took a seat across the breakfast bar. He felt the need to add another apology, "Zorry", and then, after placing his right hand on his chin and waving the triangular-shaped end of his tail about for a few seconds, he went to the subject at hand, lunch. "Chust changed mein mind. Vat apout Jaeger Schnitzel, Sauerbraten, German Bodato Zalad und Apfelstrudel for dezert. Gut, nein?"

Rogue watched as he took a seat across from her, attentively listening as he raddled off the menu for lunch. She mirrored his motion, by resting her chin in the palm of her left hand, her elbow now propping the arm against the countertop. The southerner mouthed the dishes Kurt said, repeating them in her head as she recalled what they were. “I’m not remember’n the ‘sour-brotin’ you’r mention’. Is that the purple saurkraut that’s a bit sweet-and-sour?” She looked down to her tablet, and tried to search for the dish. Unfortunately, the difference between how vowels sound in English vs. German added to the inflections southerners add and you get search results that are as far from a german dish as you can get.

Kurt smiled at Rogue. Accents could make one's life complicated, but there were ways around it. With patience, they would get there. "Nein. It is ein marinaded roast peef. I haffe zee marinaded peef ready on zee fridge. Fiffe days marinading. Ve chust need to roast it now. I zought apout leaffing it for ein few more days, put fünf... fiffe is enough. It vill pe wunderbar." He explained as he went to the fridge and brought the dish with the marinated piece of meat, placing it over the countertop. It looked and smelled just perfect. "I zink it is pest if I chust air vrite zee name zo vu can find zee recibe on your taplet." Just after saying so, Kurt started to spell Sauerbraten, writing each letter in the air with his right hand.

As Kurt moved towards the fridge Rogue couldn’t resist the urge to stand up slightly to sneak a peek at what the German culinary artist had to present. As he came back to the counter Rogue stayed standing for a moment, eying the contents of the container. Even though the lid was still closed, she could already smell the marinade. “Is dat’ red wine?” Rogue wasn’t super skilled with labeling smells with their source. She thought it kind of smelt like wine, but not the kind of wine she had before. Perhaps it was something he brought from Germany.

When he started to spell out the name she had so horribly attempted to search for on her own, Rogue lowered herself back down to her seat, returning her focus to her little computer. With each letter she looked up to make sure his accent didn’t confuse her further. Her attention to detail and Kurt’s patient spelling resulted in success, her page was suddenly full of recipes. “’tis a roast wit’ gravy when ‘tis all done, right?” As she looked over to Kurt her hand turned the tablet in his direction so he could see as well.

Kurt smiled at Rogue for her willingness to help and attention as she showed interest in his dish preparations. That was always a source of happiness to any cooker. "Zat is red vine finekar." The vinegar, the cloves and the bay leaves being the main ingredients responsible for the smell the marinated meet had at the moment. "Ja." He nodded affirmatively to further confirm her words as she showed him the results of her search. "Ve are cooking zee zird one." His tail again waggling as he pointed out which recipe they were most probably following considering its given title.

With a nod Rogue clicked on the appropriate recipe and skimmed through the text. “Tis a new recipe for me. Might ya’ use an assistant for the day?” She asked curiously. Raising her big green eyes in a puppy like fashion, in hopes that the far more experienced cook might let her learn some new skills. “The heart of ma’ experience tis centered ‘round cook’n with grease and butter. Ms. Munroe don’t like ‘dat so much for the lil’ ones,” chuckling at her unhealthy cooking habits.