I have a character “Booker/Whisper” who is an unwilling resident of a mental hospital which is unofficially trying to “cure mutants”. He is one of many who can use a good rescue from the X-Men. The staff are uncharacteristically skilled at finding residents who escape and maintaining order in a place full of untrained mutants. Almost as if there is a bigger plan at play.

The Details so far...

Whisper escapes the hospital, only to be recaptured. This event is witnessed and concerns are raised about the facility.

Thread 2A > A Needed Mission

Witnesses from each represented faction meet with their respective leader to come up with a plan/mission.

Thread 2B > Inside the Facility

Existing patients explain what the facility is to those recently captured.

A multi-location thread that will take us through the rescue. This will take some coordination. All those who signed up will be broken into teams/groups to help keep all the characters/locations organized. 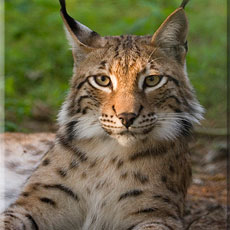 I'm not sure whether this might work or not but maybe a resident like a student or teacher at the mansion could be involved in an incident say an image inducer malfunction for someone with a visible mutation or power manifestation that flares up in public, while alone or maybe just with a friend. Perhaps with them ending up as an involuntary resident, perhaps which could kickstart the plot?

Another thought, maybe someone like Maximus Lobo, Speeding Hawk or Gambit has become aware of the facility and the need to shut it down and rescue the mutants, leading to them alerting the X-Men perhaps also teaming up to help with the rescue.

Signing up for part of the rescue team- Any of my characters, Banshee, Beast, Leucrotta, Lhiannan Sidhe, Wolverine or Maximus Lobo.

Signing up for someone being saved- Leucrotta or Lhiannan Sidhe if recently getting themselves caught or Maximus Lobo as another possibility. 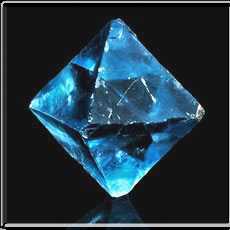 If Maximus Lobo gets caught, things probably wouldn't be good, for those who hold them, when a certain Birdy gets her talons on them. She'll likely participate to get her man out of there, and in effect the others get free I see happening. and if this goes to happen, I'll try to keep things pg 13 no matter how much of her wrath she wants to unleash.

I've already mentioned wanting Shaali and Pyro involved in the rescue side of things. Will give me a chance to show how much control over his emotions John has even when going rank could actually be justified.

As for how exactly we make this happen, I do like the idea of Remy being involved. My first thought on this would be that the Thieves Guild has heard rumours about this facility, perhaps even had a couple of their younger and more inexperienced members captured and taken there and that is why Gambit has been sent on his current investigative trip.

The other idea would be my new OC, Ithaca Kitty is always out and about at night in her cat form. She is too experienced in being stealthy even without the subconscious mutant ability she has developed to ever be captured so I was thinking, instead of introducing her in the zoo idea, she could possibly see the orderlies recapture Whisper? After following the vehicle back to the facility and doing her own investigation she locates others she has learned just by scent alone are mutants. EG: Lobo, Lied, Gambit, Ireland who, in turn, alert the X-Men and even Brotherhood. Could be a good way to get the muse rolling for Magneto too, Heidi?

In addition, Ithaca could see this happen after she's been at the mansion for a bit too but on her way back to alert the X-Men she takes a detour to see Lied and Lobo, etc. Whatever works better I am all for doing. Means I could still do the zoo thread too. Either way, it's certainly a side plot that would see all factions working together for at least the duration of it. Looking very forward to it personally as I do love these sorts of storylines myself

I really like the idea of Ithaca being introduced to the X-men via the zoo thread. It’s something special for the students in the RP, since they will be exempt from most mission threads.

We can start with the re-capture of Whisper being witnessed by members of the Brotherhood and Xaviers.

Maybe have Leucrotta & Speeding Hawk get caught trying to save Whisper since their mutations are obvious. We can say the hospital has developed an injection that can temporarily disable physical mutations. Which means they could hold both of them but explains why Whisper is always sedated since his power is all mental. Would be a great character developing moment for the resident ferals.

I like the idea of all factions being on deck for this one. And I really think this thread should start a deeper storyline for introducing a new “big bad” to the RP. Not something run by the government, but something run by a private group/company – like Cadmus but instead of being anti-aliens they’re anti-mutants. 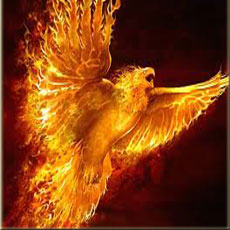 That sounds like a Mister Sinister facility somehow, except that he would want their genetic samples to create better and more perfect mutants. It wouldn't be beyond him to temper with them either to try to depower people who could go against him at some point. He prefers his creations rather than the natural occurrences after all.

That tangent over, LOL, let's start the real planning.

I think I might introduce Scarlet Witch in this plot, as an inmate too, if that's OK. Maybe she and Whisper know each other even?

Also I'd like to offer Jean for the rescue team from the X-Mansion. She is an experienced X-Man and a medical doctor, which might be needed at some point, and could help organize things with telepathy if they separate within the facility as very heterogeneous people with different agendas will be together trying this rescue, find specific people, etc. Whatever is needed. I'm open to anything. Use and abuse her within reason. LOL.

I like the idea of Scarlet Witch being there. It seems like a good introduction for her.

Not sure I like the idea of Mister Sinister though since I'm pitching this as a facility after a "cure". Perhaps he has a spy within the hospital though, that feeds him intel and samples.

Heidi I wasn't being serious about the Mr. Sinister part. It was a tangent as I've said it. I don't even remember why I've said that. LOL. OK.

So Wanda will be introduced in the RP in this plot as an inmate. Thanks for letting me.

You just forgot to mention above or is Jean vetoed for the X-Men side of the rescue team?

As for the possible group behind this facility, Mana will explain it better later because I'm just running here and have no time for a large explanation post, it'd be a private company as you've mentioned some posts above, Genomex, unknowingly under the influence/control of a mostly civilian group of people, The Dominion, who believe that the future of humanity shouldn't be left to chance, which is exactly what natural mutants are in their point of view: products of chance.

Including Jean is fine.

I've updated my first post to this thread with a summary I've put together so far. Please read through past posts/proposals and let me know if I can officially sign up any of your character to the various slots.

Gambit will witness the recapture.

Professor X, Shaali, and Pyro will be a part of Threads 2 & 4, with Shaali and John on one of the rescue teams.

Re: Faction responsible for the Facility

Firstly, have you ever heard of a TV Show called Mutant X? If not, then you can read up on it here I personally adored it and thus the idea of introducing them as a new faction option was born. As the Wiki points out, the mutants in that are a product of experimentation by a secret government organization known as Genomex. This would give that aspect of the X-Men universe a good chance of being developed plus kindle my need to see characters I absolutely loved way back when come back to life again. Now, in pitching this to Mariana, she not only loved the idea but found a way to help me make it work (please note, this also ties in beautifully with what she's come up with for SHIELD as posted in Professor X's ICM as well) ...

"Adam Kane was one of Moira's internship students at Muir Island and later on met or was approached by former SHIELD agent Mason Eckhart, who had recently discovered about Project EXODUS and decided by himself that humanity needed an answer to natural mutants which were being hidden from public knowledge by SHIELD. So Genomex was born as a genetics research enterprise with Adam and Mason at the helm.

I do see the facility in Heidi's plot as a Genomex facility in which they would test on natural mutants brought to them because they enrolled to participate in Project EXODUS and Adam would even have Moira's letter of recommendation to boost his facility's entrance. Their goal is to create their new mutants and make the powers of natural ones go dormant. It is also more or less the plot of Logan. I loved that movie, even though I'm not a huge Wolverine fan myself. I'm really excited to bring it in somehow.

At some point, Adam has a change of heart and escapes Genomex with the entire list of new mutants created when the facility is stormed in that Side Plot. Later on, he decides to form a team with four new mutants, one of each type, to help protect and heal these people who are now being persecuted by the GSA, a Genomex subsidiary which wants their subjects back.

Since the so-called new mutants would be the result of genetic manipulation and thus the hand of science, once their existence is known, they would fall on the same SHIELD status as Spider Man and Hulk for example. Mutants products of science and wouldn't be eligible to Project EXODUS, making Mutant X even more necessary for those who were experimented on at infancy.

Adam could have his very first appearance at Heidi's plot even as that would trigger his change of heart and defection from Genomex with the Creator's database, which would allow him to track other New Mutants, much like in the series itself."

So, Heidi, your thoughts? Like? Dislike? Not sure? It's all good if you'd prefer not to use this as part of Whisper's plot. We can easily change how Mutant X is introduced to the story after all.

Mariana, do you have anything else to add?