My Passion is Writing — Off World — In Your Company 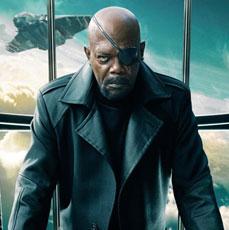 Dying and coming back was a weird experience for Nick Fury, someone who was used to having weird experiences. He didn't even feel dead, if that is even possible. Vanishing was a weird feeling, blipping back was just like waking up from a long slumber. He had returned at that same street where he had vanished, a few steps away from Maria Hill, to almost be ran over by a car. Nick managed to get out of it unscathed due to his training, which kicked in just in time for him to get himself out of the incoming car's way. Something similar had happened with his second-in-command. He had no idea how long had passed since he had tried to call Carol Danvers back to help with the buggies attacking Earth.

It's weird the kind of thing that goes through your mind when you wake up not knowing what happened to you. The first thing he did was situating himself and figuring out that 5 years had passed from his last memory. Goose. That was the first thought in his mind after he realized what his absence meant for the Flerken. Did someone find her and took care of her while he was gone? Fortunately, yes. Now, he was back for a few months and settling in building the infrastructure of S.W.O.R.D. His quarters at the Peak, an orbital base of operations for the new organization, were very spartan and not very big, but his new home had his style. The sliding doors opened and the first thing he saw inside was Goose, waiting for him. Some things never change. He just smiled at her, entered and let the doors close behind him.

Cats couldn't usually smile. Goose was no ordinary cat and had also learnt a long time ago humans found it very disconcerting when their domesticated feline pets just stared at them. Something she'd done an awful lot of since his return. Following him around everywhere had become a necessity too, not letting him out of her sight for fear he'd never come back again like that day back on Earth when the office door never opened to reveal him again for over five years. Already purring, the moment he was close enough the orange tabby cat began her usual smooch against his legs, moving in, out and around them, clearly very happy to see him.

Fury was fast to kneel and pet Goose from neck to tail. "Hey, Goose! I've been working a lot, haven't I? By the way, Talos is here now. Do you want to see him?" His voice was tender, very unlike the one anyone else got from the experienced spy and leader. Goose brought out a bit of his inner child and Nick had to confess he loved it.

Oooh, that always felt so good! Goose looked up at him with adoration in her eyes. The mention of Talos made her smile. That man always seemed to think she was going to eat him or something. Yes, Flerkens could be dangerous but had she done anything to warrant him still being so scared of her down to this day? No, she hadn't. If anything, she'd saved his life more than once and he still couldn't bring himself to treat her even just like a normal Earth cat. So, she did what any kitty who hated being ignored did, forced her affections upon him by rubbing in and around his booted legs and even jumping up on to his lap a few times when he'd been sitting down.

At least he'd stopped trying to force his daughter to stop showing interest in the ginger tabby. Goose really didn't like being suddenly pushed off someone's lap after the person had been so quickly grabbed and pulled away from her. If she hadn't wanted to devour him before, it was in those moments she'd seriously considered it.

"Meow," she voiced, her purr getting louder, her way of saying yes, something of which Fury, even missing for those five years, would've recognised by now.

Fury had learnt the quirks of the Flerken by now. Never again had happened any accident as he came to understand Goose's moods and preferences. It was a question of getting used to each other. It took time, but now the cogs were all well oiled between them. He rose to his full height and took a seat on the only chair present in the room by the desk after seeing that the wall embedded computer panel just above it was flashing with a new message. As usual, his desk had a lot of papers over it just like it was back on Earth at the Triskelion before its demise as his place of work.

"OK. We'll go there after I finish reading this." He let her know as he clapped his right hand on his lap, letting Goose know that she could jump and lounge over his legs if she wanted while he read the new report sent by another team sent after Kree sleeper cells on Earth.

“Lap time!” the Flerken thought, clearly excited and she would’ve jumped up on there even if Fury hadn’t patted his leg to invite her up. Soft paws landing first on Nick’s left leg then moving so she was balanced on both, purring loudly, Goose did a full circle before pausing for a moment then lying down half on her side, forelegs sprawled out flat in front of her and hind ones hanging slightly down over the opposite side.

Although she eventually closed her eyes, she remained alert to the human’s emotions, ready to jump up and smooch all over him were she to detect any signs of stress. After a few moments, she glanced back at him with a look of, “Well, are you going to start patting me again or not?”

"Show report." Fury commanded the computer, which opened the requested file embedded in his last received message. As he began to read its contents, Goose accepted his invitation and jumped up to get comfortable on his lap. He distracted himself for a moment and smiled at her antics. He patted her from head to tail again and then focused on her neck as his eye looked up at the screen again. He sighed. It seemed the Kree were being naughty again.

The Flerken arched her neck up at the extra touch upon her neck, sensing a shift in his demeanour when his attention went to the file. ~What now?~ she thought to herself, front paws opening to their full extent as she stretched in happiness at the lovely feeling of being paid attention to. She then curled her right paw up and began licking it.

There really wasn't much she could do from her current position. Nor did she have any intention of moving from it anytime soon either.