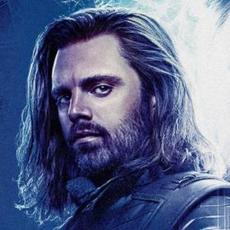 Character/s: Bucky Barnes. Interest shown by Wolverine and Photon, otherwise completely open to any and all who may happen to be visiting the museum at the same time.

He wasn’t naïve enough to think that he could just walk around in public without some sort of disguise to hide his recognizable features from those who would inevitably and quite possibly be standing right beside him at some point. He’d been in the news as the infamous Winter Soldier on several occasions after all, a blurred image of him plastered on every paper in the vicinity of the Accords bombing many years ago. Discretion was the better part of valour, or, rather, one of the best ways to make sure he didn’t draw any unwanted attention his way, nor be the reason why any of the saved histories within were destroyed after using his training and unique abilities in an attempt to protect himself.

Being that it was the beginning of winter, Bucky’s eyes always slightly narrowing every time he thought about how that season was now permanently tarnished, there was no reason why anyone would question him wearing a plain baseball cap underneath the hoodie of a dark brown bomber jacket.

Coming over the walkway towards the museum, Bucky’s gaze immediately went to the hulking form of the carrier beside and towering above the main building. He could’ve easily stood there just staring at the varying aircraft upon her deck for the entire afternoon but, being a regular here since moving to New York, he knew there were far more interesting things down below, or even off to the right on the other side of the pier, Bucky debating whether to visit the USS Growler first or begin yet another exploration of the Intrepid herself. As he stopped to pay for his entrance, he decided on the main lower deck first, heading on in after giving a nod of thank you to the lady who handed him his ticket.

It wasn’t long before he was removing his hood to get a better view of the aircraft set up at differing intervals around him, most of them coming into service after his life had changed forever, some he caught glimpses in his mind as remembering during his time as Hydra’s mule, others he’d never even heard of until he’d started visiting this place. The one that did draw him in to have a good look at every time was the Douglas A-1 Skyraider, an aircraft he’d heard was being developed back in the day but never got to actually see it fly. The first time he’d laid eyes on the cameo painted aircraft, the flashbacks had been strong, seeing himself reading all about a new weapon for the US Navy, the growing excitement amongst his contemporaries back then clear.

He only wished he could’ve past over the barriers to take a really close look at it. Anything that brought parts of his memory back, however small, meant so much to him and to have to just stand there looking at it was never good enough. He’d never been the type to break the rules in such a disrespectful way, however, resigned to quite often just having to yet again observe from a distance while his brain used the new information to try to piece itself together. There had to be someone with a working version of the plane somewhere. One day he would have to ask Steve if he’d ever gotten a chance to go up in one during his return to the past to be with Peggy.

He stopped at the memorial wall listing all of those who’d died on the carrier, another place that had reminded him of the tribute to Captain America and all his fallen comrades within the Smithsonian Air and Space Museum in Washington. That was where he’d received the confirmation he’d needed after his best mate had first spoken his name. Hydra had tried to delete everything from his mind after that once again, Bucky recalling the almost pleading in his voice when he'd told White he remembered him, it beyond clear he so desperately needed answers. Despite the painful procedure to reset his mind, this time, it hadn’t worked, his connection to the man he had been trying to kill far too strong.

Thankfully, he didn’t have to travel all the way to D.C. to find a similar display set up anymore, the Intrepid incorporating a special tribute to Rogers sometime during the five years of the Blip. Exactly when they’d built it wasn’t important to him. Simply that it held the same almost life-size picture of the team he’d once been a part of, depicting the entire man he had once been. He always found himself drawn towards it, the bench seat set up directly opposite for the purpose of being able to sit there and take in the information presented. In fact, he’d lost count how many times he’d actually come to that very spot in a museum within a US carrier that had been saved from the scrapyard. Hopefully, he’d set the visits far enough apart that no one would be suspicious of this same man always turning up, taking out what looked to be a notebook from the backpack he carried around and proceeding to just relax while looking straight at his own face in the image and waiting for something to appear.

The first flash was of a brightly lit Ferris wheel, the sounds of a large crowd soon coming into play. Then he saw the person standing in front of him, Bucky raising an eyebrow. Steve, before the operation! He quickly began jotting this down, bits and pieces of their conversation coming back to him,

“You really going to do this again?”

Something about a fair and him trying to once again talk his friend out of… come on, what was it?

“Bucky! There are men laying down their lives. I’ve got no right to do anything less than them. That’s what you… this isn’t about me.”

Of course! He’d been trying to talk his mate out of attempting to fool the military drafting process again. Then came the female voices calling him over, to go dancing he assumed because it wasn’t quite coming to him now.

“Don’t do anything stupid until I get back,” his words flashing in his head even as he was writing them down.

“How can I? You’re taking all the stupid with you,” Steve’s response coming back the clearest, Bucky unaware he’d actually spoken these last two sentences of memory dialogue out loud and was continuing to do so, at least for what directly followed,

Don’t win the war without me.”

The salute James had given his friend in response to that made him smile. There was a reason why Hydra had to make sure he spent the majority of the 70 years under their sway frozen.